This track loops the southern part of the town; it is mostly an easy grade with some steps. For walking, the two most interesting corners of Leamington are its northeast and southwest.

In the northeast corner is the Kingsley Street Reserve above the river and the bridge leading into Shakespeare St. The first leg of the walk goes along Addison Street. At its end, a bridge over a stream leads into grazed fields. Bear right, and follow the path near the fence. Part way along, a swinging pedestrian gate takes you inside the fence.

This is all very easy-going, and a lot of earlier planting by the Cambridge Tree Trust can be seen. You will come to the heart of this area : two streams combining and coming to a boulder dam. Sit, look, and listen to the water and the birds.

A lot of people, especially children from St Peter's and Cambridge High School, put in hours of back-breaking work to convert a wilderness of bramble and gorse into this beauty spot. They even man-handled many of the boulders used to build the waterfall. 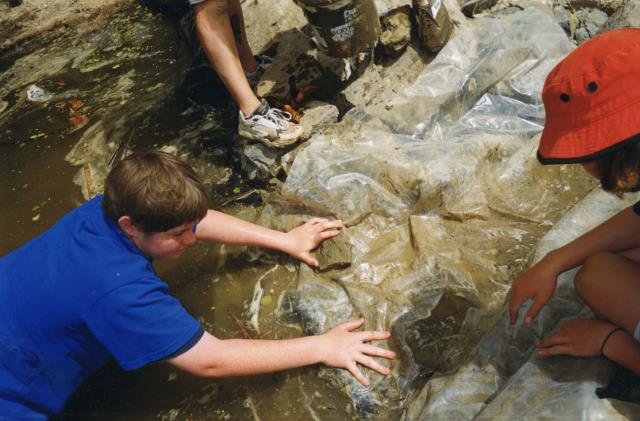 Back to the path, and continue the way you were going. The little maze of paths is a bit confusing at this point, but use your sense of direction, and you should be able to find either a flight of steps which takes you up to the Leamington Cemetery in Wordsworth St, or, more to your right, a not too demanding set of steps which leads to Upper Kingsley Street. At this point, you're in among mature trees, including massive eucalypts. They even smell nice.

From the bottom of those steps, there is a pathway which cuts through to a stand of conifers and leads down to the lower end of Kingsley Street. If you want to try that from the other end, it's opposite 105 Kingsley St.

The Leamington Walkway can be followed from Wordsworth Street, along Carlyle Street and Lamb Street, until you reach Rowling Place.

In the southwest corner of Leamington there is a wetland area between Rowling Place, Knox Place, Arnold Street and Shelley Street. In progressive stages it was cleared of brambles and planted with trees.

Access across the wetland is made possible via a boardwalk and bridge, thanks to a generous financial contribution from Waipa District Council. A walk along Shelley Street and Bracken Street will bring you to Pope Terrace, near the river, where the officially designated Leamington Walkway ends.

It involves a climb of 120 steps, and will be difficult for some people. We in the Tree Trust find it hard enough.

Over a few weeks, some of our members cleared some of the privet, blacberry and other weeds off the sides of the track, which were getting overgrown. On 3rd March, 2022, we finished the job for the time being. Weeding is never actually finished, as any gardener knows. There is a picnic table there, beside a stream, and a seat a little further along. It's a nice place. Here are some photos: 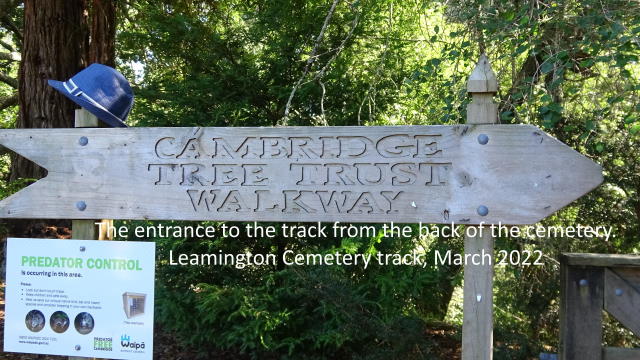 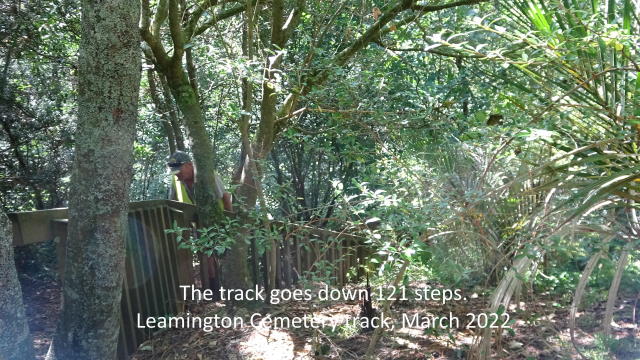 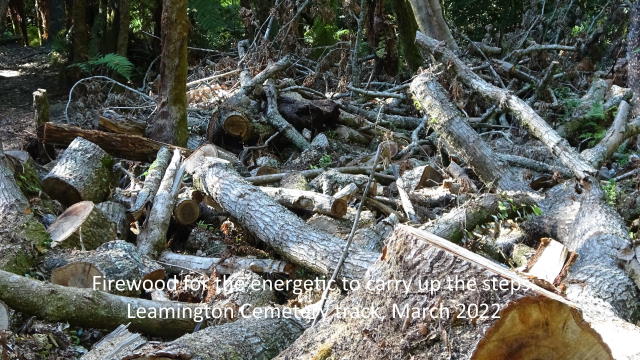 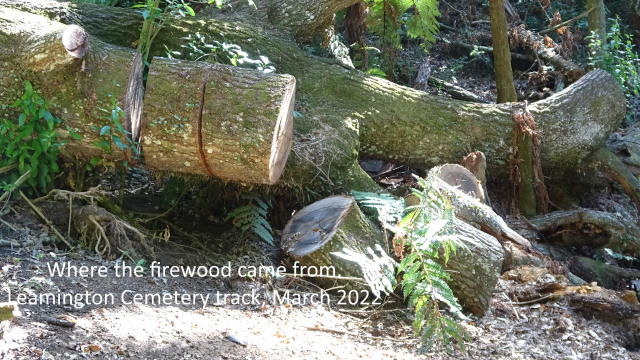 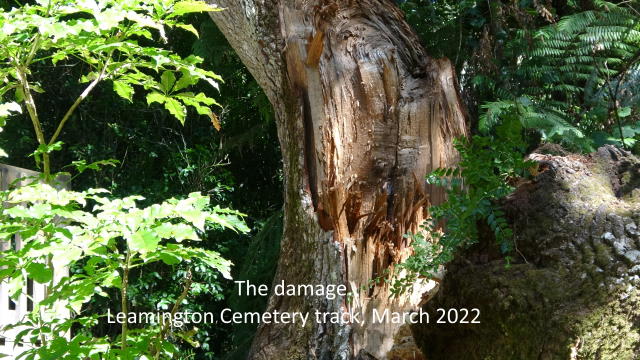 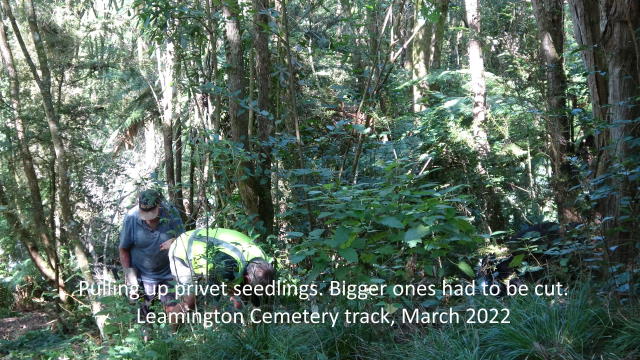 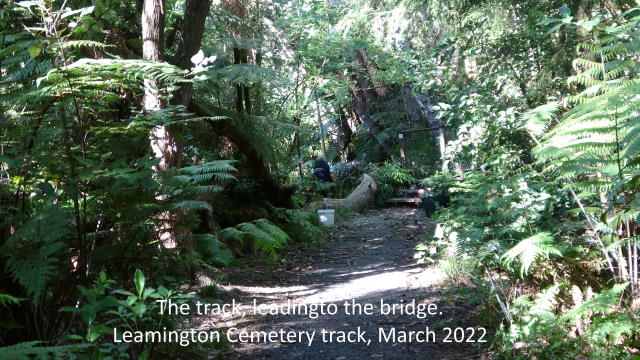 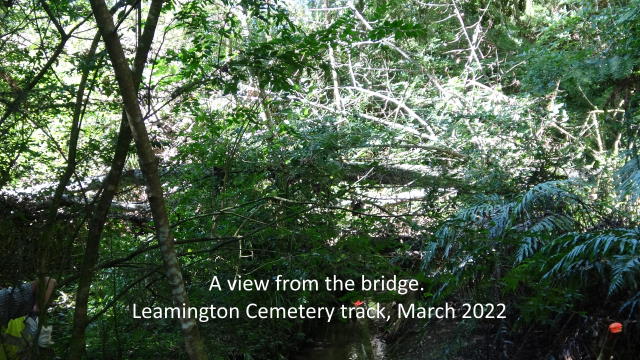 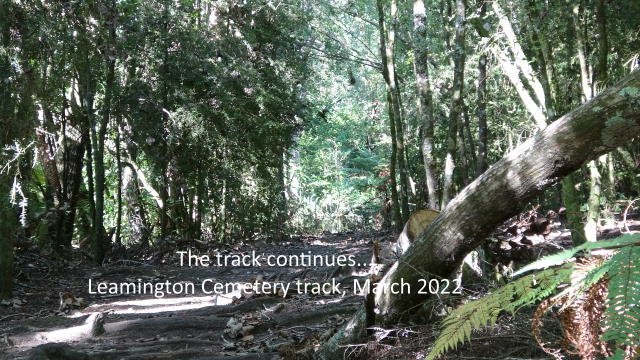 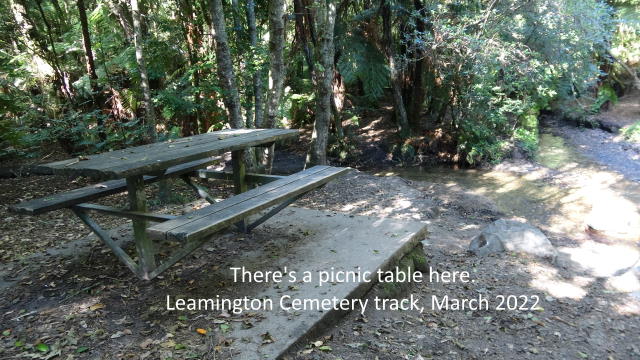 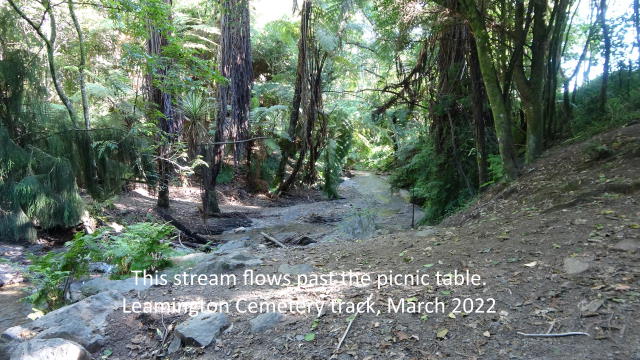 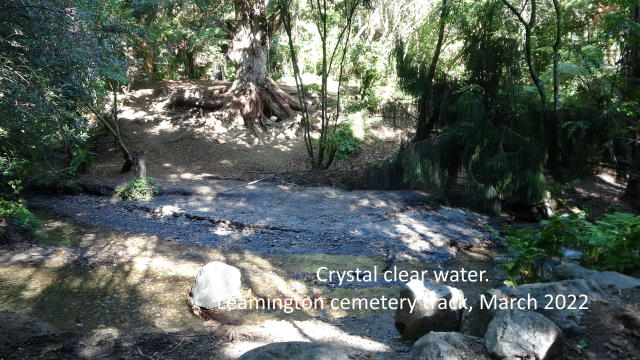 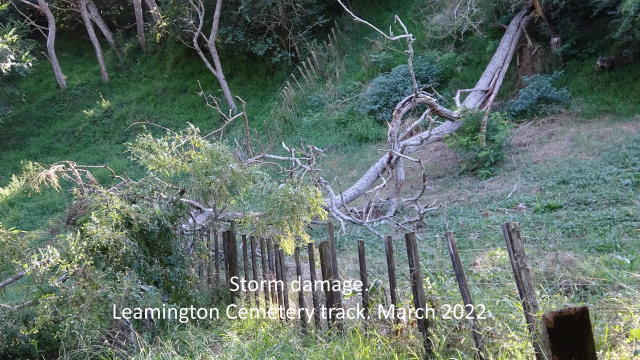 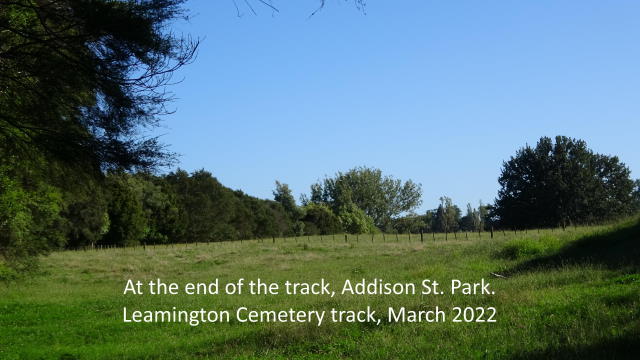